Notes : Laetitia was the lead singer and co founder of the band Stereolab in the 90’s. When i heard she was playing for MV festival with her new project (Laetitia Sadier Source Ensemble), i contacted her to to a session. It was difficult after or before the gig because of travel, but as she was on days off in Dijon, we decided to record two days after, on the central square of Dijon, in front of Le Palais des Ducs de Bourgogne. I have suggested her to do a cover of Stereolab but she was not very ready for it. We met in front of the Palais, with Xavi, her bass/guitarist, they sat on a stone bench and we recorded a beautiful version of ‘Love Captive’ from the last LP. It was a very sunny morning, and – strange – people keep their life around, talking and walking, without stopping to watch… Like in a parallel world :). 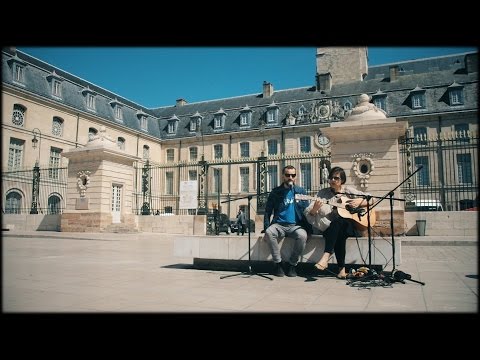